Despite often having the opportunity to observe wildlife off the trails, there is nothing better than enjoying it in their natural habitat duringa trip. For hiking enthusiasts, Costa Rica offers a good variety ofecosystems with different climates and altitudes that are going to impress you, and regardingits tour options, the following will also challenge you: the tropical forest (dry, wet, covered), moorland, mangroves, beach, volcanoes... You can choose between the trails of 160 protected areas that cross the territory: Monteverde Reserve, Corcovado National Park, Rio Celeste National Park, Cahuita National Park, Cerro Chato... 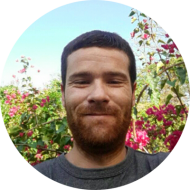 Corcovado National Park is, according to ''National Geographic'' the most intense place in the world in biological terms (flora and fauna). This park protects the largest primary forest in the American Pacific and it also partly consists of secondary forest; its great surface allows the survival of large animals, such as the jaguar, the tapir, the peccary... It is paradise for ornithology enthusiasts that have recently observed the golden eagle, which is a species considered extinct since 1989. Ecological observation is done when going on excursions to different trails in the National Parks, in the forest or on the beach. There are 4 stations with access to the different levels of tours: San Pedrillo, Sirena, Los Patos and Carate. The most sought after hike starts in Los Patos and goes to Sirena; after one or two nights of camping, the path that leads to Carate is taken.